How To Deal With Wisdom Teeth Pain 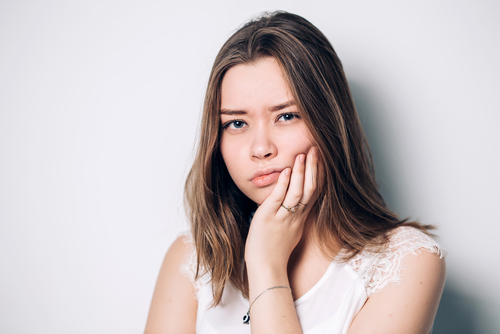 Pain in the wisdom teeth is a completely normal occurrence and will resolve on its own with time. However, in some cases, they will either need active home management or treatment in a hospital or dental clinic. This article will list out some simple ways how you can deal with wisdom teeth pain safely.

One of the most common ways to deal with wisdom tooth pain is through saltwater rinse. It is believed that rinsing your gums with warm water and dissolved sodium chloride (salt) promotes healthy gums and kills harmful bacteria. Sometimes your wisdom teeth can cause pain in other teeth or create cysts when they erupt through the gums.

By keeping your mouth clear from harmful bacteria you can prevent the aggravation of pain caused by wisdom teeth. A study conducted using 47 participants revealed that salt-water rinse can have anti-inflammatory effects that are similar to 0.12 percent of chlorhexidine solution (an antibacterial agent that kills and prevents the growth of bacteria).

Menthol –  a cooling element released by peppermint has been found to have some pain-reducing effects in a wide range of applications. While there is no conclusive evidence of peppermint reducing wisdom teeth pain, this remedy is often considered safe and very popular.

Cloves on the other hand have been renowned as a very common toothache remedy since ancient times. Certain findings, according to a dentist, reveal that the active ingredient in clove oil called eugenol has anti-inflammatory, antimicrobial, and antioxidant effects.

You can use clove essential oil or just boil four to six cloves to make clove water. Massage them onto your gums when it pains. Be careful of the quantity you use as ingesting too much can be harmful.

Applying an ice pack to the cheeks on the side where you feel the wisdom teeth pain can reduce inflammation and swelling. It can also give a numbing effect that reduces pain. Applying gentle heat like therapy can also promote healing by relieving tension and increasing blood flow.

If you’re unsure what works best for you, try both and see which response is better. You can also alternate between hot and cold treatments. For this apply hot and cold to the area for several minutes at a time whenever you feel pain.

Aloe vera is an ancient herbal ingredient that is known for its many medicinal properties. One of them is its rich profile in antioxidant and anti-inflammatory properties. Even in the field of dentistry aloe vera is a go-to temporary remedy for many types of dental pain which include wisdom teeth pains as well.

Pure aloe vera or aloe vera gel can be used to clean teeth and eliminate cavity-causing bacteria. It also helps to heal gums when they are scratched or cut while your teeth grow in. According to a professional dentist, you can apply aloe vera to the gums where it hurts because of wisdom teeth and it will cool down the area for temporary pain relief.

While these are some common and safe in-house treatments that can alleviate wisdom tooth pain temporarily, it’s always recommended to visit a dentist if the pain persists and becomes unbearable. Especially if you have symptoms like red or swollen gums, tender or bleeding gums, jaw pain, swelling around the jaw, bad breath, an unpleasant taste in your mouth and difficulty opening your mouth, then it could mean that you’re experiencing an impacted wisdom tooth that demands medical attention.