How Often Should I Get My Teeth Cleaned

BlogBlogHow Often Should I Get My Teeth Cleaned
June 14, 2022 - By Bruce Michaelson 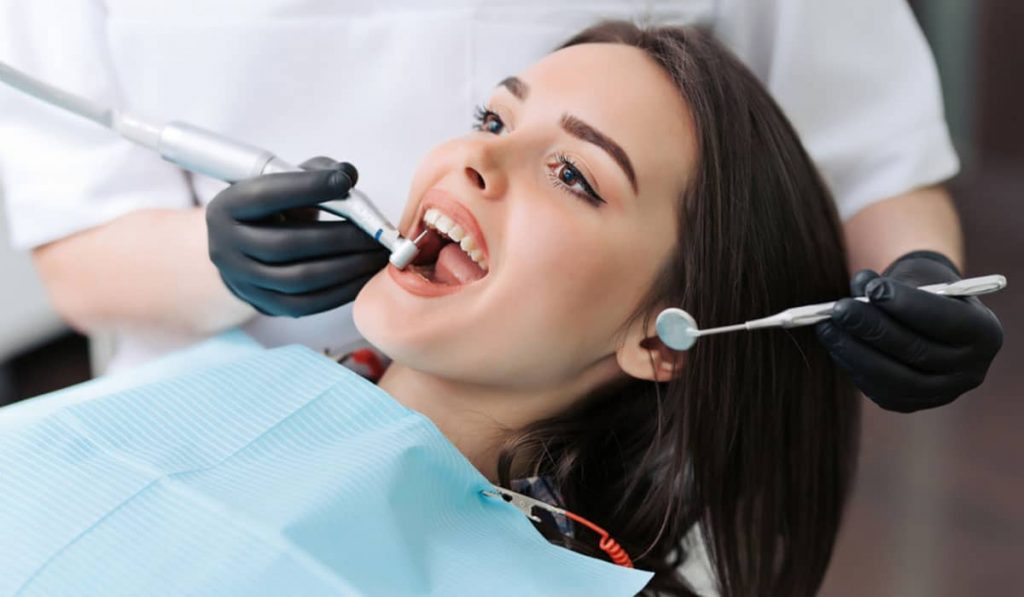 Teeth cleaning is extremely important to maintain a healthy, white smile. Teeth cleaning procedure lowers your risk of tooth decay, gum disease, and other oral health issues. One of the most common questions many have regarding dental hygiene is how often to seek professional teeth cleaning. Answering this question the professional dentist panel at the American Dental Clinic in Dubai shared the following insights.

It is generally advised that you should clean your teeth with a hygienist once every three to six months. This frequency has a strong influence from the plaque maturation cycle which includes six stages;

Stage 1: Formation of an acellular layer, which typically consists of glycoproteins, phosphoproteins, and lipids. This layer is free of bacteria and develops quickly on enamel.

Stage 2: Initial attachment which includes the early teeth colonizers that float freely while being attached to the pellicle ( the protein film that forms on the surface of the enamel). If the bacteria here isn’t removed, it may anchor itself with adhesive structures.

Stage 3: Irreversible attachment is where organisms that could not attach properly in the second stage try to settle alongside the first layer of colonizers with irreversible attachments through particular adhesion-receptor interactions. This bacteria may replicate and develop microcolonies.

Stage 4: Early maturation is where the early colonizers make their debut, leading to more dental plaque complexity caused by allogenic factors. Additionally, the influence of cell division and new bacteria also allows the population of bacteria to increase exponentially.

Stage 6: Dispersion is where the enzymes that degrade the biofilm allow some bacteria to detach themselves from the biofilm. This can then spread and colonize new surfaces in the oral cavity.

When you clean your teeth with a hygienist once every 3-6 months, the maturation cycle of the plaque will be interrupted, preventing the bacteria from evolving into periodontal pathogenic bacteria for another 3 months since they have to restart their maturation cycle all over again.

In simple terms, getting your teeth cleaned as often as once every three to six months prevents your dental plaque from maturing, leading or rather setting the foundation to some of the most common dental diseases.

Besides this, going to a professional dentist or more specifically a dental hygienist once every 3-6 months, helps you easily diagnose early symptoms of any dental or oral disease as well. This is especially true for periodontal disease which has a 95% chance of going undiagnosed.

While most insurance plans cover teeth cleaning every 6 months, in reality, some may need cleaning once every three months, especially if you are influenced by the following factors,

If you have any diabetes or heart conditions, getting frequent teeth cleaning can significantly reduce the development of gum diseases, which is often a common occurrence among people having these two health concerns.

If you’re on blood thinners or taking other medications such as drugs for osteoporosis, you may also benefit from cleanings every 3 months. These medications usually complicate the process of dental works like extraction. Regular clean-ups can help you detect early signs of dental issues and treat them before they become severe.

If you have a dry mouth, snack on sweets often, avoid flossing, have an appliance such as braces or retainer, or need new cavities filled often, then you’ll likely need cleanings every 3-6 months as well.

If you have sensitive gums and experience bleeding often or have been diagnosed with advanced gum disease like periodontal disease, then again you need more cleanups than once every 6 months. Even people who are prone to cavities can benefit from frequent cleanups.

Evidence shows that visiting a dental clinic to get a professional cleaning every six months can lead to a 30% reduced risk of developing cavities, needing fillings or having teeth removed. However, those who have the above-discussed conditions should consider opting for teeth cleaning once in three months at least to reduce negative consequences.